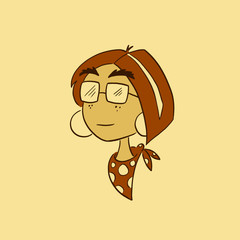 Molly Heady-Carroll is a Dublin-born 2D Character Designer & Animator. She graduated from the University of Arts Utrecht, The Netherlands, with a Masters Degree in Game Art in 2014. Since then she has freelanced for companies such as Universal Pictures, Netflix, Night School Studios and Motion Logic Studios. She is the co-founder of Arcane Circus, a two person video game studio based in the Netherlands and the creators of award winning mobile game "Crap! I'm Broke: Out of Pocket". (www.crapimbroke.com) Molly currently lives in Bussum, the Netherlands, with her partner and two leopard geckos.